After 17 years in WEEE Recycling I have seen a lot of change in the way electrical and electronic waste is managed.

Do you remember when the skip trucks proudly proclaimed, ‘Waste Removal’ and Waste Disposal’? That was re-marketed into the catch-all ‘Waste Recycling’ and now we have dropped the word ‘waste’ and are in the midst of ‘Resource Recovery’ and moving to ‘Critical Raw Material’ management.

Thing is, those that were removing ‘waste’ electrical items then and put them through their shredders, are pretty much still doing it now… except its ‘resource recovery’.

Well, not exactly but the point is that historic waste management techniques, where volume is king, are only slowly being complimented (not replaced!) by modern new and innovative technologies, adapting to the changing standards and regulations and flexibility to meet market demands.

At FPD Recycling, the introduction of a fully automated de-pollution system for all Flat Panel Displays (FPDs) (a fast-growing niche in WEEE management) has been received very well in the marketplace.
However, one question is outstanding…. The conversation flow will have the following proclamation…

‘Yes, we understand the need for a fully automated system to deal with CCFL flat screens but what about LEDs and others? Can we just shred these?’

It is agreed by almost everyone involved in the recycling and management of waste FPD’s that screens backlit with Cold Cathode Fluorescent Lamps (CCFLs) cannot be shredded. It is not acceptable due to the mercury content of CCFLs which will contaminate the shredded fraction.

This consensus is not carried on for those FPDs that are not CCFL backlit such as those with Light Emitting Diodes (LEDs) or with organic molecules (OLEDs) as the backlighting source. A misnomer here is that FPDs have frequently been classed or called LCDs. The fact is that ALL FPDs have an LCD panel and there is an argument to be made that all FPDs should be classified as hazardous (if not already).

Why does there seem to be an acceptance of shredding non CCFL FPDs even among some WEEELABEX certified treatment operators? Is it because one has mercury and the other does not? If the hazard was simply mercury (and the WEEE Directive is clear on the need to remove mercury containing hazards), then this would be a fait accompli.  But is it not, and as clear as the WEEE Directive is on removal of mercury it is also clear on the requirement to remove LCDs greater than 100cm2. The reason? Liquid crystals Displays, contain heavy metals, including Indium, contained in the layer of Indium Tin Oxide (ITO) of an LCD screen. Classification is under review and a decision may follow the lead of China which has classified Liquid Crystals as hazardous.

The interpretation of how treatment operators remove LCD screens is key. Currently the CCFL LCDs are manually disassembled whereas other FPDs, specifically LEDs are commonly shredded. That the practice of treatment by shredding of LEDs can be allowed to be interpreted as specified ‘removal’ or is in any way ‘selective’ is difficult to understand.

Where there are no or limited regulations pertaining to the specific treatment of LCD panels (US for example classifies FPDs as Universal Waste with direction on mercury recovery only) the question… What about LEDs? Can we just shred these?’ can be answered by pointing to two key negative outcomes of shredding FPDs:
1. the environmental and health and safety concerns posed by the toxins contained in the LCD panel, namely the liquid crystals containing such poisons as arsenic and lead.
2. The contamination of the entire downstream fraction by glass. Many processors perform additional pre-treatment to avoid glass in their shredded WEEE fractions. The glass of an FPD, once shredded will be found, contaminating every fraction and is also very abrasive to mechanical moving parts.

To shred or not to shred…. The answer is clear; best practice and most environmentally sound management…and adhering to the legislation as it was meant rather than a loose interpretation, says not to shred…unless the hazards have been removed, safely and selectively.

FPD Recycling answers the question by showcasing the depollution capability of the FPD PRO, removing the CCFL hazard as well as the LCD panel in a manner which satisfies all environmental and health and safety concerns.
The economics also stack up. Having removed the hazards, the remaining component can be safely and more quickly disassembled or can be shredded by conventional equipment without environmental or health and safety concerns.

The FPD PRO process for televisions, monitors and laptops, processes in excess of 60 screens per hour, records weights, manufacturers, model numbers and requires only one operator to process screens. 11” to 70” screens can be processed irrespective of their type CCFL, LED or OLED and keeps materials whole to enable parts harvesting or the maximum commercial return for raw materials without further sortation equipment required.
The financial model at FPD Recycling is Zero capital down – no outlay for new equipment – Installation costs and Pay per display processed only!

Any inquiries are welcome, 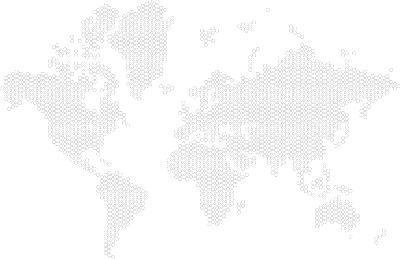